Well, it's been too long off of the water. My arm was getting to the point that I had to do something so went under the knife in Sept. The Dr. said I wouldn't even be able to drive a car for two months much less take a boat ride but I did much better than he expected. The 4th Annual Gulf Coast C-Brat Gathering in Apalachicola was this past week-end. At the last min I decided to take C-Lover East from Pensacola and join the group. This let me get Leg II of my Super Loop completed. The weather going down was great. I got ahead of a front that was working it's way from West to East. I left on Tuesday and only made it about 20 miles to Navarre the first day. On day two I went to Panama City. I found out that another C-Brat was just around the corner from where I was staying. I met up with Mike and Judy Taylor on the Papillon the next morning and we traveled together Thursday from Panama City to Apalachicola.

The gathering was great. Lots of great food and even better friends.

Marc Grove from Wefings Marine out did himself with great eats. We definitely put a hurting on the seafood supply on the Gulf Coast. I, of course, in the rush to get underway forgot to take my camera. I will try and pirate some of the pictures from the C-Brats and post them here. 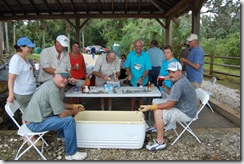 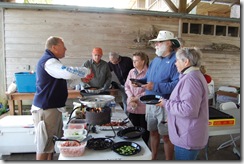 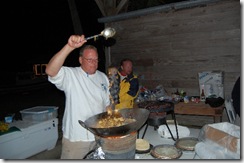 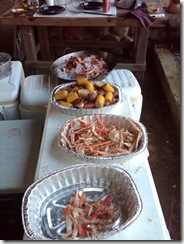 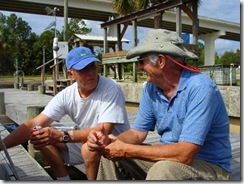 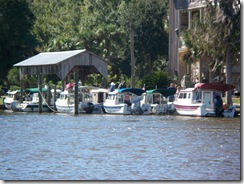 The next leg will be to cross the Gulf of Mexico from Apalachicola down to Tarpon Springs where I can pick up the ICW again.  I can’t see this happening until January but maybe December.